If you haven’t already registered, now is the time to do so!  Pre-registration for CONsole Room 2016 closes at midnight tonight.  After today, the at-the-door prices will be $85 for adults, $70 for teenagers age 13-17, and $50 for children age 5-12. Children under the age of five are free, but must be registered and be accompanied by a registered adult at all times.

You can check to see if you’re registered at our ZapEvent registration page, but entering your first or last name and clicking the orange, “Am I registered?” button on the right hand side of the event page, underneath the map.

CONsole Room is very happy to announce Frazer Hines as a Guest of Honor at our 2016 convention. Frazer will be joining fellow 1960s companions Anneke Wills and Wendy Padbury, as well as 1980s composer Dominic Glynn, over the weekend of June 3-5, 2016 at the Hilton MSP Airport/Mall of America.

Born in 1944, Frazer had already appeared in dozens of films and TV series before he turned 20. These included popular series such as Doctor Finlay’s Casebook and Z Cars plus working with Charlie Chaplin in A King In New York. In 1964, he appeared in an adaption of Smuggler’s Bay with Patrick Troughton. Just two years later, Frazer was cast as Scot Jamie McCrimmon in the final historical Doctor Who serial of the 1960s, The Highlanders. Originally just a character in this single serial, Frazer made such an impact on cast and crew that a hasty re-write and re-shoot of the final moments of the serial was done to include the Doctor taking young Jamie aboard the TARDIS.

James Robert McCrimmon would go on to be the longest-serving companion of the series, and one of the most beloved. When Hines heard that Troughton planned to leave Doctor Who after three years, he quickly altered has plans and left alongside Troughton and Wendy Padbury to bring the black-and-white era of the series to an end.

Hines was soon back in the public eye with the new series Emmerdale Farm in 1972. Emmerdale is a soap opera set around a West Yorkshire farm. Frazer again proved his staying power by starring in this series for over twenty years and in the process his portrayal of Joe Sugden became one of the top 100 British soap characters of all time.

Frazer returned to Doctor Who in the eighties in both The Five Doctors and The Two Doctors. He would also later play Sir Gordon Fletcher in Outlander — a TV series based on a book inspired by his performance on Doctor Who! He has also had an extensive theatre career, including many Christmas pantomime performances.

Hines originally released his autobiography, Films, Farms and Fillies, in 1996. This was republished in 2011 by Telos Publishing as Hines Sight. In 2013 he also released Fifty Shades of Frazer, a photobook illustrated with over 150 photographs from his life and career.

We are excited to have a majority of the 2nd Doctor era companions joining us this year and we hope all Twin Cities fans will join us for this unique mini-reunion. 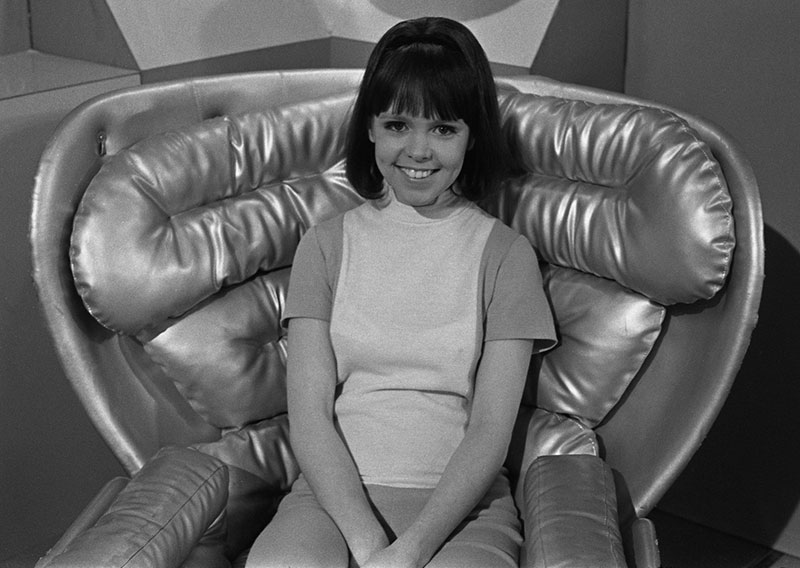