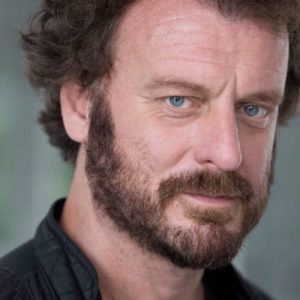 Richard has been a regular face on UK and US TV since the 90s (sometimes covered in prosthetics or fur, sometimes more Human looking!) In Doctor Who, he was Friday the Ice Warrior in the "Empress of Mars" episode in Peter Capaldi’s last season as the Doctor, an out of this world experience! He has also appeared in FIFTH ELEMENT ( Mondoshowan), SPACE PRECINCT (Alien Ambassador), THE NEW ADVENTURES OF ROBIN HOOD (Little John), KEEPING UP APPEARANCES and DON'T TELL FATHER ( Garth Bancroft), OUTLANDER  (Marley), VIKINGS (Thorvard), all three A CHRISTMAS PRINCE movies ( Mr Little), and will be appearing in the forthcoming DRAGONHEART VENGEANCE (The Wolf) to be released January 2020.

A native of Manchester, England, Richard spends his time between LA, London, and Europe looking for interesting stories to tell, fascinating people to meet, and new apple trees to graft. This is his first visit to CONsole Room (and Minnesota), he thanks you for inviting him and looks  forward to meeting you all. 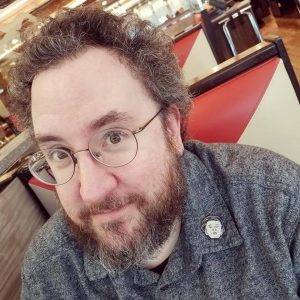 Dr. Arnold T. Blumberg is the “Doctor of the Dead” and "The MCU guru" -- a world-renowned zombie expert and authority on the Marvel Cinematic Universe. He spent 15 years in the comic book industry as writer and Editor of The Overstreet Comic Book Price Guide and curated a pop culture museum for five years.
He’s the owner of ATB Publishing, home of Doctor Who essay collections Outside In and Outside In 2, and writer of licensed Doctor Who stories “Stolen Days” in Short Trips: How the Doctor Changed My Life and “Mardi Gras Massacre” in Short Trips: Indefinable Magic. He regularly lectures on zombies, Jewish comic creators, superhero history, and other pop culture topics. 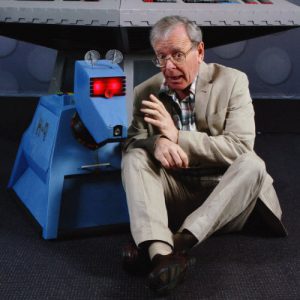 John Leeson is best known in the Doctor Who universe as the voice of K9, the Doctor’s robotic dog companion. 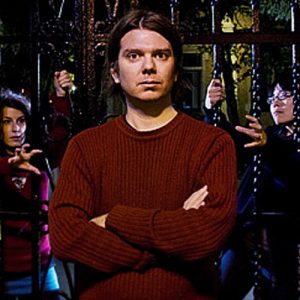 Robert Smith? is the author of Bookwyrm (ATB Publishing), Who is the Doctor, Who's 50 and The Doctors Are In (ECW Press), guides to the wonderful world of Doctor Who. He's also the editor extraordinaire of the Outside In series of pop-culture reviews with a twist (ATB Publishing), covering Doctor Who, Star Trek, Buffy, Angel and Firefly. In his day job, he's a professor of mathematics and a world leading expert on zombies. Really.

T. Aaron Cisco is a Contemporary Afrofuturism author, television producer, and contributing writer for TwinCitiesGeek.com, focusing on television, race, and culture. His accolades include two Emmy Awards and the 2018 Society of Professional Journalists Page One Award for Best Online Arts Criticism/Review. His work includes DinnerTime airing on Amazon Prime, along with the novels Teleportality, Dragon Variation, The Preternaturalist, Shadow of the Valley, and Big Ass Aliens. His latest book, Black Nerd Blue Box, is an autobiographical retrospective described as the "wibbly wobbly memoirs of a lonely Whovian."

GET OFF MY WORLD PODCAST

Get Off My World! is a Twin Cities-based podcast dedicated to Doctor Who in all its forms: the classic series, audio stories, novels, comic books, games, and, when all else fails, the new series too. Each episode we take you through five rounds, tackling a variety of Doctor Who topics from the ridiculous to the sublime. But mostly ridiculous. If you frequent Twin Cities theater, particularly comedy theater, you’ve likely seen GOMW’s regular hosts: Pat Harrigan, Kelvin Hatle, Ariel Leaf, Joshua English Scrimshaw, and Tony Karna. Get Off My World! is excited to be recording live episodes at this year's CONsole Room. Find us and say hi!

Matthew Kessen is a writer, performer, producer, dramaturg, and novelty soda enthusiast who has worked with Comedy Suitcase, Fearless Comedy Productions, the Winding Sheet Outfit, Green T Productions, and all kinds of folks like that. His solo comedy-lecture show, “Reverend Matt’s Monster Science,” has appeared at museums, libraries, conventions, and theaters throughout Minnesota and Wisconsin, and more information about it may be found at revmattsmonsterscience.com. He has a pet gecko called Linus.

Justine Mastin, MA, LMFT, LADC, E-RYT 200 (aka JustiniYogini) is a therapist, yogi, writer, podcaster, and full-time rabble-rouser. As the creator/fearless leader of YogaQuest, narrated yogic adventures, and the owner/founder of Blue Box Counseling, Justine specializes in working with clients and students who self-identify as being outside the mainstream—such as those in the geek, secular, and LGBTQIA+ communities. Justine takes a holistic approach to healing: mind, body, and fandom. You can find her on facebook, instagram, and twitter @mindbodyfandom.

The Sevateem are an indie electronic group made up of otherwise-boring married couple Christian Erickson and Janey Winterbauer. Christian grew up a hardcore Doctor Who nerd and was a member of M.U.M. - a Twin Cities fan group that made Doctor Who spoof videos for cable access in the 80s. Janey, on the other hand, grew up in the theater doing much cooler things at CTC and other venues. The two – with the help many talented local musicians – recently fulfilled a lifelong dream of Christian’s by releasing “The Caves” - a concept album based entirely on the classic Who episode “The Caves of Androzani” which has drawn rave reviews from fans and media. thesevateem.com

Miss Shannan is a Comedian, Radio and Television host, Keynote Speaker, and Social Instigator. She has appeared on “Nick Mom’s Night Out,”  “Laughs TV,” and Hulu.  She regularly brings her wit, whimsy, and pop culture expertise to Twin Cities television as part of "The Jason Show."  Plus, you can hear Miss Shannan weekly on MyTalk 107.1, and on her podcasts "Be Our Geek" and "Enthusiastic Woman."

SlytherPuff is a Twin Cities based musical duo that writes original nerdy/geeky music. Maren is the cunning Slytherin and Morgan is the hard-working Hufflepuff. They wrote their first song back in 2010, but didn't officially form SlytherPuff until Convergence 2017. This will be their 3rd year performing at CONsole Room, but their first time as Featured Guests. They have also performed at Convergence, Fearless in 4/4, and at Die Laughing. SlytherPuff released their first album early 2019, featuring songs from their favorite fandoms such as Harry Potter (duh!), Doctor Who, and Marvel.

Joel Stitzel is bringing his Infernal Singalong Machine karaoke system to CONsole Room for the second year! Joel spent several years on Twin Cities airwaves as a host of Cosmic Slop, a program dedicated to resurrecting forgotten pop music of the 60s and 70s. He now uses his obsessive interest in, and arcane knowledge of, popular music to manage a karaoke catalog of exceptional breadth and depth. The Infernal Singalong Machine has provided karaoke for Jonathan Coulton's JoCo Cruise, Bowieoke, an annual all-David Bowie karaoke celebration, and Minneapolis' legendary First Avenue nightclub.

For the past three years, The TC Trek Trivia crew has produced Wibbly Wobbly Wednesdays, the ONLY pub trivia in the state dedicated exclusively to Doctor Who!!! Every fourth Wednesday of the month, Whovians from all over the Twin Cities converge on the Driftwood Char Bar, for a night of food, fun, and a whole lot of WHO!!! Every edition is all ages, has no cover, and there are prizes for the first- and last- place team/player.

For more info check out tctrek.com/whotrivia.