CONsole Room is just two short months away, and we’re all busy working to bring you the best Doctor Who convention the Twin Cities has seen!  Of course, I’m most excited that we’re bringing Peter Davison back to Minnesota.  Peter was the first Doctor I ever saw in person, back in 1986 at the Prom Center in St. Paul, and I know some of the CONsole Room attendees were there along with me.  Joining Peter will be Janet Fielding, who also returns to the Twin Cities after too long an absence, and for the first time Tegan will be together with the Fifth Doctor at a convention in Minnesota!  You’ll never get a better chance for a photo opportunity with them both.  Gary Russell, who I believe has had more roles in Doctor Who fandom than nearly anyone else, also will be at CONsole Room.  Gary has been a script editor for Doctor Who and the Sarah Jane Adventures, a Doctor Who novelist, a producer for Big Finish audio plays, editor of Doctor Who magazine, a writer for Doctor Who comics, and was an actor in his own right!
We’re also bringing back some of the great writers and artists that we’ve had in the past.  Fresh off of his 3rd Doctor comic, Christopher Jones will be here to talk about his work for Titan Comics and will have a table in Artists Alley.  David Brown and Ann Neubauer have been building life-size props and bringing them to conventions, and we’re excited to honour them as special guests this year, and featuring their work.  Dr. Arnold T. Blumberg returns to the convention, bringing is encyclopedic knowledge of Doctor Who, the Marvel Cinematic Universe, and zombies.  Along with everything else he brings to CONsole Room, he’ll be talking about ATB Publishing’s forthcoming book about fandom in America, “Red, White, and WHO!”  You won’t want to miss any of our special guests’ panels!
Along with our great guests, we have a couple of new events for the convention this year!  Friday night, we’ll be having a dance party, hosted by DJ noise and DJ SLT!  Karaoke returns on Saturday night, and throughout the weekend, you’ll want to sign up for a turn in our Escape Room, featuring a life-size TARDIS console!  We’re also going to have some original Doctor Who board games designed by Nick Seidler, bringing them all the way from Milwaukee.  I don’t think these games have been seen in Minnesota yet, and you’re going to love them!
One of the things that I think is great about Doctor Who in the new millennium is how much it’s a show for families.  Most of the fans I grew up with started watching it as a kid, and now they have kids of their own.  They remember watching The Five Doctors when it aired, and now 24 years later, the Doctor from that story is going to be here, where they can introduce their kids to one of their childhood heroes.  If you haven’t registered yet, I hope you’ll do so today, and if you have registered, I’d love for you to tell your friends about CONsole Room 2017, and convince them to come along.  You’re all helping make this one of the best weekends of the year, and it can only get better if you’re there with your fellow Doctor Who fans!

During the years that Doctor Who was off our television screens, the fans turned toward their own creativity. That creativity has only grown since our show came back on. You’ve written stories, made videos, drawn comics, sewn costumes, built props, recorded podcasts, and so much more.

For CONsole Room 2017, we want to celebrate that creativity with our new campaign, which we’re calling #WhoItYourself! During the months leading up to the convention, we’ll be spotlighting the creative works of Doctor Who fans on our website and via social media, and combining forces with the Geek Partnership Society to host some masquerade workshops and other hands-on creative events. And we want you to bring all of your creations to CONsole Room 2017 to share your hard work with fellow fans!

So watch our Facebook page, and follow us on Twitter and Pinterest, where we’ll be posting a new prompt each week to help inspire you in your #WhoItYourself creativity. Whether your muse is Vincent Van Gogh, Leonardo da Vinci, Charles Dickens, or Shakespeare, we want to you share your comics, costume, fan fiction, or anything else you’ve created. Tag CONsole Room on social media, along with #WhoItYourself, or email us directly with your creative work based on our weekly prompt. We’ll be spotlighting a creator each week that embodies our theme, so watch for us to announce our first theme next week! 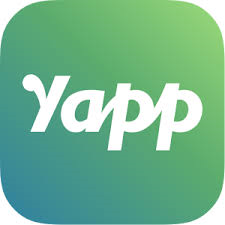 We are excited to release our new mobile app for CONsole Room 2016. We have partnered with Yapp to provide you a fully interactive app for this year’s convention. You can download the app now here: http://my.yapp.us/CONSOLEROOM

The full schedule, as well as many other details about the convention are available to start browsing even before you get to the hotel. Set up your own personalized schedule so you don’t miss any of the panels you want to see. Check out our videos and post to our News and Photos wall. Let’s make this year our most interactive CONsole Room yet.

Keep an eye out for a video on how to get the best out of our mobile app in the next few days. We can’t wait to see everyone at CONsole Room 2016!