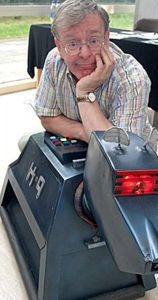 JOHN LEESON is best known in the Doctor Who universe as the voice of K9, the Doctor’s robotic dog companion.

We are thrilled to welcome John to CONsole Room in 2020!